Following up on its first monitor since 2019, Razer has revealed a new version of the Raptor display in its E3 2021 keynote. The QHD IPS display sits within a 27-inch chassis that Razer has designed to look and feel far more luxurious than its competitors, with a price to match the premium build, too. 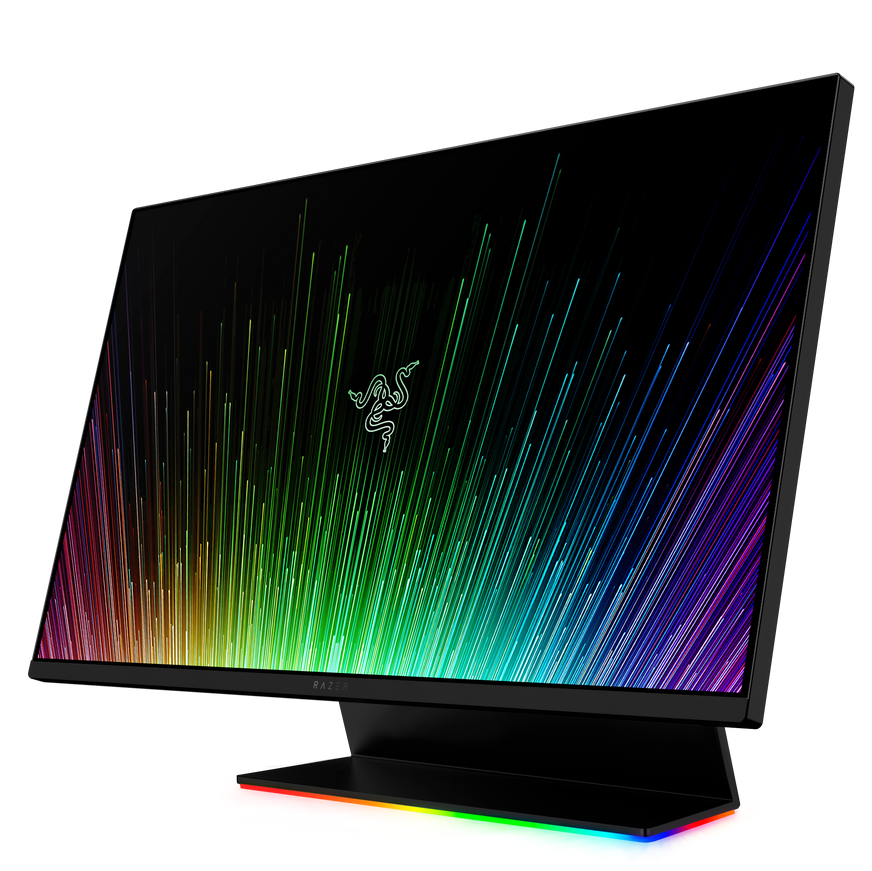 The Razer Raptor looks familiar from afar. It retains the sleek black chassis with the squared-off design, mimicking Apple’s Pro XDR display or latest iMacs. The display has extremely slim bezels on the side with only a slit chin to fit the company’s logo on at the bottom, which means you can easily set three up next to each other with only a slight space in-between them. The IPS panel provides 95% coverage of the DCI-P color space while also offering a 1440p resolution, 165Hz refresh rate, and support for AMD Premium FreeSync (with G-Sync certification too.) Razer also says this is the first THX-certified monitor, but doesn’t detail what that means in terms of performance.

Those specs are all on par for a premium gaming monitor today, but Razer’s design takes things further. The back is adorned in a soft-touch fabric instead of cold, milled aluminum, and the Raptor retains the incredibly useful cable management system at the back to keep your setup looking tidy. The stand offers tilt and height adjustment, with the rim of the base featuring RBG that can be synchronized with other Razer peripherals using Razer’s Chroma software. The monitor is VESA compatible too, but you’ll need to spend $100 more on an adapter from Razer if you’re looking to mount this on a monitor arm.

That might be a tough pill to swallow considering the Razer Raptor is already aiming to retail for $800, which is higher than other great 1440p picks like the Dell 27DGF21 or LG GL850. It does put it in direct competition with the Samsung G7 Odyssey, which offers a VA panel instead of IPS but also an increased refresh rate of 240Hz and DisplayHDR 600 support, while the Raptor features only Razer’s own HDR 400 certification. It’s also $100 more than the current Raptor, with only a slightly higher refresh rate and THX-certification to boast about. But if the Razer Raptor ticks all your boxes, it’s available for preorder now ahead of its launch in Q3 later this year.

Razer also announced the new Razer Blade 14 during its E3 2021 keynote, the company’s first AMD-powered laptop, which supports an RTX 3080.