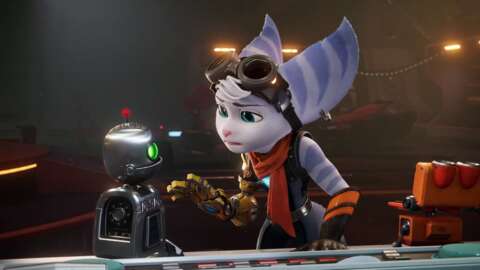 In a lengthy thread on Twitter, Insomniac Games has revealed a long list of the Trophies players will be able to collect in Ratchet & Clank: Rift Apart. The list includes 32 Trophies; however the game will also have an additional 15 hidden Trophies to unlock for a total of 47.

Insomniac has historically had some fun with Trophies and challenges for Ratchet & Clank games. Besides the usual story or weapons-based Trophies, the developer would throw some extra fun ones in there for curious players. For instance, Ratchet & Clank has a trophy that requires players to stand in a very precise spot while disguised as Captain Quark in its last level. Judging by the list released by Insomniac, it seems like there may be some more challenging Trophies in store for players.

Masters of the Multiverse

Collect every trophy in the game.

Purchase every weapon in the game. Weapons in Ratchet & Clank: Rift Apart can be purchased from Mrs. Zircon.

Find every CraiggerBear in the game.

Complete a Gold Cup Battleplex challenge. The Battleplex may be the new combat arena heading to Ratchet & Clank: Rift Apart.

Does This Make My Tail Look Big?

Acquire and equip head, torso, and leg armor. Players will be able to mix and match armor if they don’t have a full set.

They Blow Up So Fast

Get a weapon to level five. Similar to Ratchet & Clank 2016, players will be able to level up their weapons by defeating enemies.

There’s Even a Cupholder

Fill up a Weapon Wheel.

Acquire a piece of armor.

Bounce on Big Al, Clank, and Quark’s parade balloons. This parade will likely be found at the start of the game.

Find the Nefarious City citizens by the hot springs.

No Need for Multiball

Kill two enemies with a single Ricochet round.

Kill 10 enemies by returning shots with the Void Reactor.

Life of the Party

Get 20 headshots with the Headhunter.

Defeat 30 enemies while they are Topiary’d.

Do a trick jump while going at max speed with the Hoverboots.

Collect honey for the Chef Tulio.

How PS5 Gives You Those Game Activity Estimates