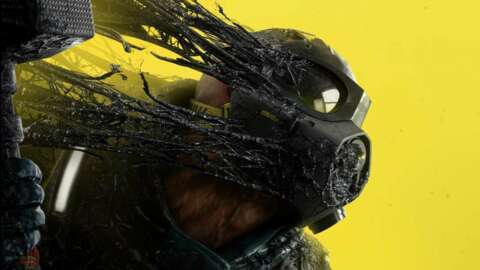 Despite the similarities between Rainbow Six Extraction and Rainbow Six Siege (the former was born from a limited-time mode in the latter), Extraction creative director Patrik Méthé isn’t worried about the two games possibly cannibalizing each other’s audiences. Developer Ubisoft Montreal is confident that Extraction will not steal players away from Siege (or vice versa); instead, it will build its own sustainable audience.

“They’re both very different games offering their own challenges and pacing so there’s no worry in that regard, quite the opposite in fact,” Méthé told GameSpot. “The way [Extraction] is built in its PvE nature–we’re confident that it will appeal to a wide variety of players from both sides.”

Now Playing: How Rainbow Six Extraction Builds Off Siege’s DNA | Play For All 2021

For Siege players looking to split their time with Extraction, Méthé says that Extraction’s formula changes how you play with certain operators and their abilities, so playing the game should be a “fresh experience,” even if it does feel familiar.

“In addition, should Siege players decide to push [Extraction] to its maximum threat level, it will offer a high-octane challenge, on par–and even above–what they’re used to in Siege,” Méthé said. “It’ll be interesting to see how they cope with these advanced challenges.”

And beyond the players willing to split their time between Siege and Extraction, Méthé says that Ubisoft Montreal is counting on Extraction pulling in a new pool of players that have never even tried Siege.

“For newcomers to the Rainbow Six universe–Extraction offers an enjoyable tactical co-op experience where they’ll be able to push themselves to the limit and will have to improve their skills and abilities every time they play, to make mission success easier,” Méthé said. “Communication and teamwork will be even more essential for these players.”

Whether Rainbow Six Extraction is able to differentiate itself enough from Siege in order for the two games to exist side-by-side in the already very crowded game-as-a-service market remains to be seen. But we’ll find out soon enough. Scheduled to launch for Xbox Series X|S, Xbox One, PS5, PS4, PC, Stadia, and Luna, Rainbow Six Extraction will release September 16.