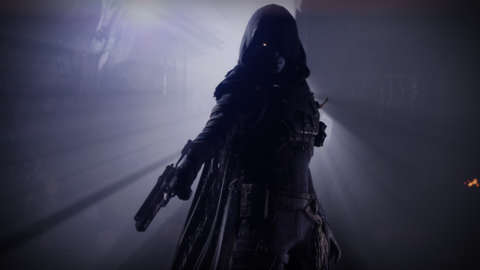 Destiny 2 Forsaken and the Tangled Shore will no longer be playable when The Witch Queen expansion launches next year. They’ll enter the Destiny Content Vault, a method introduced before the launch of Beyond Light last year to remove older Destiny 2 content and reduce the size of the game.

There won’t be a Forsaken campaign, but the Dreaming City will still be available. The Dreaming City gained some relevancy to the story with Mara Sov’s reappearance, the Crow, and Savathun’s current situation. It makes sense to keep this destination. A tweet from user dmg04 clarified that the Last Wish raid and the Shattered Throne dungeon stay in the game for players who already own Forsaken.

Seeing a few Q’s already –
What about Dreaming City? Destination will be retained, including the Last Wish Raid and Shattered Throne Dungeon.
How will I earn Dead Man’s Tale and Hawkmoon after their missions enter the DCV? Team is working on alternative acquisition sources. https://t.co/9mbJW3CVY7

With the Tangled Shore gone, Spider’s vendor items will be managed by Master Rahool, it gives him something more to do at the Tower. However, the Warden of Nothing Strike will remain in the game since it’s not placed directly on the Tangled Shore.

Bungie promises in its news update that the developers are in search of ways to let players access older exotic missions and to create more in the future. Similarly, dmg04’s tweet added that Bungie wants to find ways to acquire Fourth Horseman, Outbreak Prime, and Whisper of the Worm. Those exotic missions no longer exist.

What about those Exotic Catalysts? Team is also working on ways to continue earning DMT and Hawkmoon catalysts. They’re also looking at acquisition sources for Fourth Horseman, Outbreak Prime, and Whisper.

The Battlegrounds activity and Proving Grounds strike from Season of the Chosen will stay in Year 5 too. They’ll be placed into a new category called Vanguard Operations which will be free for all players.

The DCV is a cycle of content which means when something leaves, something else returns. A classic raid, a classic PvP map from Destiny, and two PvP maps from Destiny 2 will reappear alongside new content.

If you haven’t purchased Forsaken yet, wait a few more months because the Forsaken campaign will be free to play on December 7, 2021. The Forsaken Pack will be available on December 7 as well. It will include additional activities such as Shattered Throne, Last Wish, Forsaken exotics, and three Forsaken Ciphers to purchase exotics from the Tower kiosk. If you already own Forsaken, you’ll still get the pack. Also, you’ll get three Ascendant Shards instead of the Ciphers if you already own all Forsaken exotics, which is still very useful.