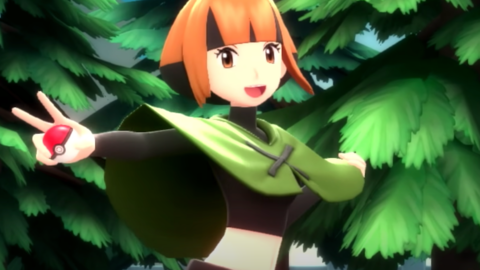 It looks like a Pokemon theme park could be in the works, or at least that might be a possibility further down the road, as The Pokemon Company and Universal Studios Japan have announced a new creative partnership.

The deal was announced on Wednesday. According to Kotaku’s translation, The Pokemon Company and Universal Studios Japan are entering into a “long-term partnership to jointly explore groundbreaking entertainment that will immerse guests into the world of Pokemon with innovative technology and creativity beginning in 2022.”

Universal Studios Japan president J.L. Bonnier added: “We are honored to have a long-term partnership with The Pokemon Company while developing groundbreaking Pokemon entertainment at Universal Studios Japan for both Pokemon fans and our guests. The globally popular Pokemon characters combined with Universal’s innovative approach to creating authentic and one-of-a-kind theme park entertainment promise excitement for the entire family.”

The announcement was light on specifics, so we don’t know yet if Universal Studios Japan will create a Pokemon area of the park like it did with Super Nintendo World.

A Pokemon theme park would certainly be an exciting development, and it’s not a stretch to imagine how lucrative that could be for the stakeholders.

2021 is the 25th anniversary of Pokemon, and there are many celebrations planned.