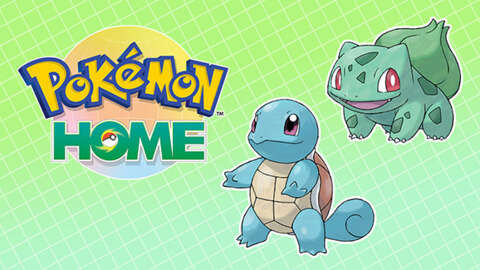 Pokemon Home is receiving another big update in June, The Pokemon Company has announced. This update will introduce a few more handy features to the mobile version of the service, and all users will receive two free Pokemon to celebrate.

The first new feature is the Catch Calendar. According to The Pokemon Company, this will allow you to arrange and view all of your Pokemon by the date you caught them. You’ll also be able to set anniversaries, such as your birthday or the date you first caught a certain Pokemon.

In addition to the Catch Calendar, the June update is adding a feature that will let you view Pokemon your Pokemon from different angles. “You’ll be able to get a better look at your Pokémon partners, and you might even discover some new details that you didn’t notice before,” The Pokemon Company says. You can read more about the update on the official Pokemon website.

To celebrate the new update, The Pokemon Company is giving away a free Bulbasaur and Squirtle for all Pokemon Home users next month via Mystery Gift. What makes these particular Pokemon special is that each one has the Gigantamax factor, which means they’ll be able to Gigantamax once you’ve evolved them into Venusaur and Blastoise. The only other way to obtain Gigantamax Venusaur or Blastoise in Sword and Shield is to feed them Max Soup in the Isle of Armor.

In other Pokemon news, The Pokemon Company has announced release dates for Pokemon Brilliant Diamond/Shining Pearl and Pokemon Legends: Arceus. The Diamond/Pearl remakes launch on Switch on November 19, while Legends will follow on January 28, 2022.