Skip to content
Homepage / Check it out / PlayStation VR 2 Is Likely Coming In Late 2022, Will Use OLED - Report 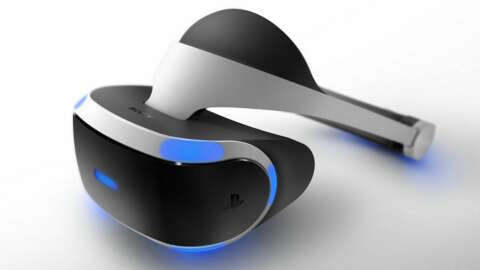 The PlayStation VR’s successor could be arriving in late 2022, according to a new report. This would put the headset’s release at roughly two years after the PS5’s launch, which would actually be sooner than the original PSVR’s launch after the PS4.

The information comes via Bloomberg, which said Sony is aiming to use Samsung’s OLED panels for the next PlayStation VR devices, despite many manufacturers switching to cheaper LCD panels in newer products.

The OLED technology is newer and is becoming more common on expensive televisions, but as VR headsets aim to be more affordable, the pivot makes sense. Sony even did something similar with a revised version of its PlayStation Vita several years ago, switching from OLED displays to a cheaper alternative. The PlayStation VR 2.0–or whatever it’s called–will need to showcase the power of the PS5, however, so it makes sense that Sony would still opt for the expensive OLED panels.

We still don’t know the official name of the next PlayStation VR device, but we do know a few things about how it will work. Earlier this year, Sony detailed a new, more ergonomic VR controller to replace the ancient PlayStation Move that had been in use since the PS3. It will also connect to the console via a single cord instead of the convoluted setup on the current PSVR. However, there are competitors, the Oculus Quest 2 being the most popular, that offer a standalone experience that Sony will need to compete with.

Sony didn’t attend E3 2021, so there was no chance for the company to detail the VR headset itself. It remains to be seen when we’ll learn more about it.