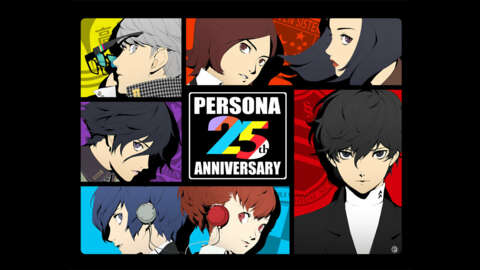 Developer Atlus is marking the 25th anniversary of the Persona franchise with some big news, as the studio teased not one but seven new announcements for the series. These reveals won’t be made all at once though, as Atlus tweeted that it’ll spread the silver anniversary announcements out over the course of a year, the first of which will be made in September and the final one coming in Autumn 2022.

“Stay tuned for a year of Persona news, events, and more,” Atlus tweeted with an image that looked vaguely like Grand Theft Persona.

What those announcements could be are up for speculation as they could range from new games through to merchandise drops, but what is interesting is that the tweet came from both Atlus and its western marketing division, Atlus West.

Atlus parent Sega recently confirmed that it would increase efforts to bring games from the developer to western audiences much more quickly than compared to previous efforts which resulted in year-long waits for some titles. Sega’s also looking to bring more of the Atlus library to PC, especially with games like Persona 4 Golden finding great success on the platform.

As for the rest of the franchise, it continues to be a prime intellectual property for Atlus. Last year’s Persona 5 Royal earned positive reviews and sales, while this year saw the series venture into the Muso genre with the spin-off Persona 5 Strikers.