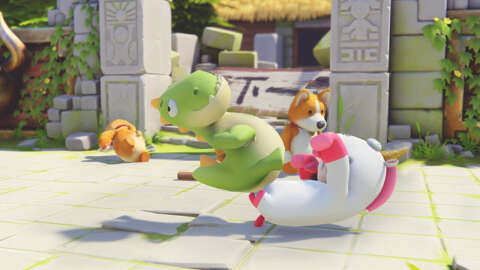 Party Animals, the physics-based brawler, is launching on Xbox Game Pass for Xbox One and Xbox Series X|S in 2022. Player choose between one of many furry fighters to brawl against your friends across different maps with a variety of wacky weaponry. Grab a lollipop or a plunger and battle it out against fuzzy enemies.

The game was announced as a console launch exclusive for Xbox. The trailer featured a variety of animals, including corgis, gorillas, alligators, bunnies, rhinos, pigs, tigers, dinosaurs, cats, and otters, and that’s just what was shown in the trailer. The title looks similar to Gang Beasts, another chaotic multiplayer brawler.