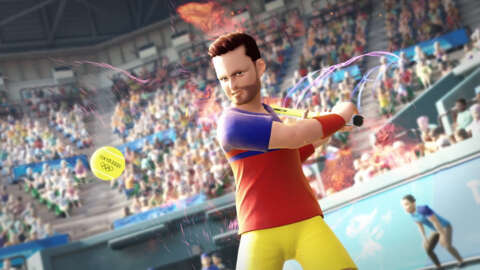 Sega is publishing another Tokyo Olympics video game, this time without the Mario and Sonic. Olympic Games Tokyo 2020 – The Official Video Game is a (slightly) more straight-faced presentation of Olympic sports, coming June 22 to PC, Xbox One, PS4, Nintendo Switch, and Google Stadia. It will cost $40.

The compilation will include 18 Olympic events that you can take part in with your own customized avatar, with multiplayer up to 8 players. But while there are no mustachioed plumbers or blue hedgehogs in sight, it still has some goofy fun with the historical competition. Your avatar can wear wild outfits like pirate duds and an astronaut space suit.

The 18 Olympic events include:

Sega previously released Mario & Sonic At the Tokyo Olympic Games 2020 in the year 2019, before we even knew there would not be any Olympics held in 2020. Those plans were scuttled by the global COVID-19 pandemic and reorganized to take place this year instead, starting in July. The events themselves will still officially be called the 2020 Summer Olympics.

“The Olympic Games are a unifying symbol of sportsmanship and competition for athletes and fans throughout the world,” said Sega of America president Ian Curran, in the announcement. “Tokyo 2020 channels that positive spirit into a fun, arcade-style experience for friends and family to play together as we all look forward to the start of the Olympic Games this Summer.”