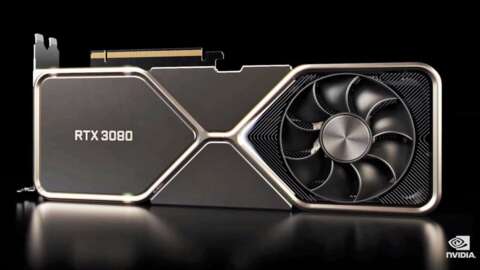 Nvidia is holding a livestream event on Monday, May 31, and it’s rumored to include a reveal for the GeForce RTX 3080 Ti graphics card.

Nvidia posted a cryptic 11-second teaser on Twitter of what appears to be liquid rivulets flowing through metallic particles. The video concludes with the May 31 date, indicating that the event will go live at 10 AM PT / 1 PM ET on the hardware manufacturer’s official Twitch and YouTube channels.

One thing they share in common is the 30-series tag, with Nvidia re-releasing a few in the lineup–like the RTX 3070 and 3080–to combat issues of crypto mining.

But supply remains an issue, as the global chip shortage has caused constraints on a number of manufacturing sectors from cars to consoles. The situation has gotten so dire, with the price of GPUs skyrocketing due to ongoing shortages, that Nvidia brought back older GPUs to combat the issue.

The global chip shortage is reaching a point of “crisis,” especially impacting console manufacturing. The bottleneck in semiconductor production will make it difficult to get ahold of a PlayStation 5 and/or Xbox Series X for the rest of the year. Even the Nintendo Switch is in short supply.