Skip to content
Homepage / Grand Theft Auto: The Trilogy - The Definitive Edition / November 11 Will See A Suite Of Re-Releases With Star Wars, GTA, And Skyrim 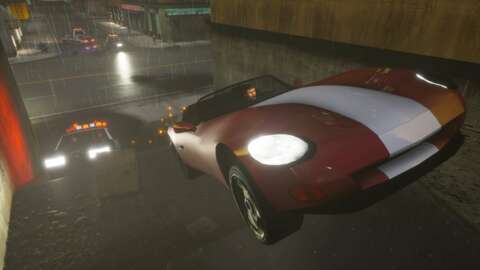 On November 11, players across all platforms will get a chance to try out some old games on brand-new platforms. The date will coincidentally come with re-releases of not just Grand Theft Auto: The Trilogy – The Definitive Edition, but also Skyrim: Anniversary Edition, and Star Wars: Knights of the Old Republic.

It’s certainly a strange happening, although Skyrim’s re-release on that date is a given. November 11 is an important date for Bethesda, with November 11, 2011, being the original release date for Skyrim. The developer even plans on releasing its next title, the hotly-anticipated Starfield, on November 11, 2022. The GTA Trilogy and Star Wars: KOTOR releasing on the same day are a huge instance of happenstance.

Skyrim’s re-release as Skyrim: Anniversary Edition will come with some of the game’s most sweeping changes since the release of its last DLC, Dragonborn. Included in the re-release is a variety of content from the game’s Creation Club, including a fully-fledged fishing system, as well as next-gen improvements for PS5 and Xbox Series X|S owners.

Star Wars: Knights of the Old Republic’s re-release isn’t nearly as spectacular. On November 11, the game is simply being ported to the Switch. A proper remaster for the game is in the works, however, having been announced during PlayStation’s September 2021 Showcase. The remaster doesn’t have a release date yet but will be available on PS5 and PC.

GTA 6 Rumors Are Flying Again, All Because Of This GTA Trilogy Photo

The GTA Trilogy Is Being Fixed By Modders