Skip to content
Homepage / Check it out / No Prince Of Persia: Sands Of Time Remake News During Ubisoft Forward At E3 2021 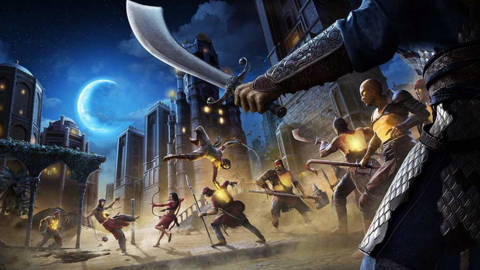 The Prince of Persia: The Sands of Time remake is one of Ubisoft’s most exciting upcoming games, but it won’t be seen at the Ubisoft Forward event this coming weekend.

The development team said in a social media post that “we are not ready to share any additional information just yet,” though the game is making good progress, the studio said.

This update came after Ubisoft delayed the remake indefinitely earlier this year. The game was originally slated to arrive in January 2021 before being delayed to March and then pushed again. In the new statement about Ubisoft Forward, the developers thanked fans for their patience and understanding about the latest developments about the remake.

In addition to the overhauled visuals, game director Pierre-Sylvain Gires says camera and combat have been improved in the remake. In particular, the developers have added a targeting system to the game, which according to Gires “enhanced the velocity of the Prince and his abilities to do amazing moves.”

When it is released, the remake will come to PS4, Xbox One, and PC. The game will retail for $40 USD and includes the original 1989 Prince of Persia as an unlockable bonus.

As for what Ubisoft will showcase at Ubisoft Forward on June 12, you can likely expect some new footage or updates on Far Cry 6. Other Ubisoft games slated for release in 2021 include Riders Republic and the roller derby game Roller Champions, as is the game formerly known as Rainbow Six Quarantine, so updates on those titles are expected.

For more, check out GameSpot’s Ubisoft Forward schedule to find out how to watch and what to expect.