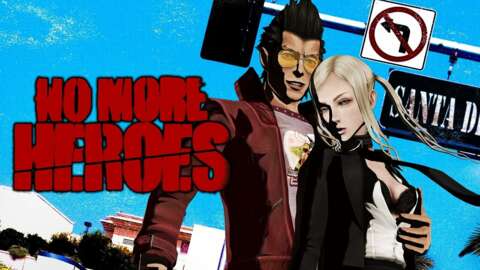 Late last year, an ESRB rating was the first hint that Wii cult hit No More Heroes and its sequel would be coming to the PC–now, the two ports have been confirmed. The two Suda51 games will be coming to the PC via Steam on June 9th.

The original No More Heroes was released for the Wii in 2007, with the sequel No More Heroes 2: Desperate Struggle following in 2010. The two games were later ported for the Nintendo Switch in 2020, but the PC port marks their first time being playable on a non-Nintendo platform.

The games follow protagonist Travis Touchdown’s journey as an assassin in the United Assassins Association, after he acquired a beam katana in an online auction. The stylised beat-em-ups gained a cult following thanks to Suda51’s signature offbeat sense of humor, which doesn’t shy away from violence, sex, and plenty of swearing.

A spin-off game called Travis Strikes Again: No More Heroes was released for the Switch in 2019, while the next main game in the series, No More Heroes III, was announced at E3 in 2019. The direct sequel is due out for the Nintendo Switch on August 27, 2021.