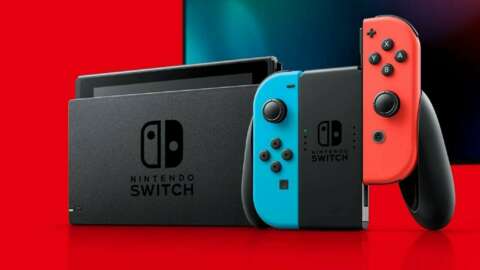 The Nintendo Switch Online subscription service is getting a new tier, dubbed Nintendo Switch Online + Expansion Pack, and it includes access to a sizable selection of Nintendo 64 and Sega Genesis games. Presumably, like the NES and SNES offerings on NSO, more games will be rolled out over time, and there are several notable omissions from this initial batch that we want to see included with a future update. Below, we’ve picked some of our favorite missing Nintendo 64 and Genesis games, including ones that seem like surefire additions and a few that we’ll probably be waiting forever to see on the service.

Since it effectively kicked off the genre in the early ’90s, the Mario Kart series has been the king of kart racers. In fact, some may argue that no other kart racer can compare to Mario Kart. But those people are wrong, because Diddy Kong racing actually surpassed it–at least when compared to the Nintendo 64’s Mario Kart 64. With a more open layout, support for karts, hovercraft, and airplanes, and even a story to complete when not racing against friends, Diddy Kong Racing was a more complete and varied offering than Mario Kart 64. Developer Rare’s acquisition by Microsoft has probably killed any chance of another game–though you can play a DS version–but it’s a must-have addition to the Nintendo Switch Online lineup. — Gabe Gurwin, SEO Editor

For my money, there was no better era for wrestling games than the N64 days, and the best of those games was WWF No Mercy. It expanded on the foundation established over previous beloved games like WCW/NWO Revenge and Wrestlemania 2000. With a more extensive create-a-character, a single-player Championship mode with branching storylines, a huge slate of match types and wrestlers, and matches that could take place in backstage areas, No Mercy was brimming with variety, making it a dream game for wrestling fans.

Sadly, given the rights issues with a licensed game like this–just the WWF name alone might pose problems–a re-release on Switch Online (or elsewhere) seems highly unlikely. But that won’t stop me from dreaming of having access to the defining wrestling game of my childhood on a modern console. — Chris Pereira, Senior Editor

What GoldenEye started on the N64–the creation of a truly excellent multiplayer first-person shooter on consoles–Perfect Dark ran with. The follow-up to GoldenEye was bristling with great ideas that pushed the FPS genre forward during its nascent console years. Great, fascinating maps like a multi-story parking garage, weirdo weapons like the Farsight and the Laptop Gun, the ability to take on bots in multiplayer matches–it all expanded the N64 shooter experience in phenomenal ways to create a couch co-op experience beyond the likes of just about anything else. At the time, Perfect Dark was truly a next step in console shooter evolution, even if it was held back by the absence of a second analog stick on the N64’s controller. — Phil Hornshaw, Senior Writer

My family did not own any gaming consoles when I was a kid, but every summer, my parents would rent a Nintendo 64 from the local video store and a few games for me and my siblings to enjoy for a week. 1997’s GoldenEye was always one of the games we rented. I had no awareness of the movie it was based on, but I enjoyed the game immensely. I remember the game vividly and have many fond memories of afternoons playing slappers-only or Big Head mode multiplayer. The campaign, too, holds a special place in my memory with its high-octane missions (who could forget that train sequence!) and iconic music that stays in my head to this day. While I eagerly look forward to Hitman developer IO’s new James Bond game, Rare’s 1997 N64 title will always hold a special place in my heart. — Eddie Makuch, Editor II

WCW/NWO Revenge wasn’t the first wrestling game by THQ on the N64, but it was the one that popularized wrestling games for a new generation. The third game in the series, following WCW vs. The World (a localized version of Japan’s Virtual Pro Wrestling) and WCW vs. NWO, 1998’s WCW/NWO Revenge capitalized on the height of WCW’s popularity–right before its downfall.

What set the game apart from its predecessors is that it reflected the large WCW roster. You could play as wrestlers from both the NWO White and the NWO Red or play someone from Raven’s Flock. There were also WCW mainstays and one section dedicated to WCW’s cruiserweight division, consisting of luchadores, Japanese wrestlers, and others. There were also fan-favorite fake characters like the all-powerful AKI Man. There weren’t many modes compared to what we see in wrestling games today, but you could battle your way up the ladder for one of the WCW championships. Considering WWE owns all the rights to WCW, chances of this game coming to Nintendo Switch Online are exceptionally slim. However, I’ll never stop dreaming of the day we can all play it on Switch. — Mat Elfring, Entertainment Editor

The World Is Not Enough

While not as highly regarded as GoldenEye–and rightfully so–The World Is Not Enough is nonetheless another instance of an N64 Bond game doing a great job of capturing the essence of the movie it was adapting. Its multiplayer doesn’t offer the same finely tuned gameplay of GoldenEye, but its single-player campaign was bursting with variety, giving you a ton of gadgets and objectives to complete that helped distinguish TWINE as more than just a standard first-person shooter.

There were even moments of downtime where you weren’t blasting your way through everything on-screen, like an early segment where you peacefully navigate a bank and make use of the inventory system to present the right item to get access to the offices. You do end up blasting your way out of that office (as opposed to tying a wire to an unconscious man and jumping out the window), but it still demonstrates how TWINE attempted to deliver a Bond game that was about more than just shooting. Rights issues make this a long shot, but it’d still be a welcome addition to Switch Online. — Chris Pereira

Flashback is one of the games that always comes to mind when I think of formative games that triggered my sense of wonder about the medium. A strange They Live-style story about uncovering a secret conspiracy of hidden aliens, the game had a gorgeous art style and excellent animation, and took place in a fascinating vision of the future. It wasn’t exactly easy to play, but Flashback created an awesome sense of story and place as you tried to help protagonist Conrad puzzle out his lost identity and stop a bunch of hidden aliens from assassinating the space president (or whatever–I never finished this one either). The game saw a remake some years ago on more modern hardware, but like old PC point-and-click adventures and its predecessor Another World, it’s the original artwork and minimalist approach that make the game endearing even now. — Phil Hornshaw

Though the Smash Bros. franchise has gone through a ton of iterations and vacuumed up a whole lot of characters along the way, there’s just something weirdly magical about the first iteration of the formula. Smash Bros. was a staple of my after-school routine with friends back in 1999, and we dumped hundreds of hours into becoming annoyingly cheap with Fox or finding the perfect spot to spin-kick people into oblivion with Kirby. The simpler approach to Smash seen in its original iteration is a fascinating contrast to where the series has landed on the Switch, and despite improvements and additional complexity, it still holds up today as an awesome and endlessly replayable fighting game. It’s worth including if only to give current Smash fans a look at the game’s history, but there are few better experiences on the N64 that hold up better. — Phil Hornshaw

When looking back at the early days of Teenage Mutant Ninja Turtles video games, everyone inevitably mentions Turtles in Time, and rightly so–it’s one of the best beat-’em-up games ever made. But that SNES and arcade classic also had a counterpart on the Genesis called Teenage Mutant Ninja Turtles: The Hyperstone Heist, and it featured almost identical gameplay. Battling alone or with friends as the famous Leonardo, Donatello, Michelangelo, and Raphael, waves of Shredder’s minions are no match for your button-mashing skills in this game, and its simple control scheme would make it a great fit for both docked and handheld play. With just a few buttons to worry about, you can eat a slice of peanut butter and buffalo chicken pizza with one hand while you play with the other. — Gabe Gurwin

Among the first games that really captured the feel of Spider-Man was Maximum Carnage. The side-scrolling brawler gave you full access to the Wall-Crawler’s abilities in a delightfully comic-looking world, with an added bonus–you could play as Venom, too, with all kinds of gooey moves with which to beat down thugs in New York City. The game did a great job of mixing its gameplay with comic panel cutscenes, telling the story of Spidey and Venom teaming up with a host of other heroes to try to stop Carnage’s reign of terror, but what always got me was how adult the game felt. It made Carnage seem truly scary and homicidal, while capturing both Venom’s weirdness and Spidey’s humor–and also portraying a personal struggle as New York descended into chaos. It was tough as nails and I never finished it, but Maximum Carnage still occupies a place in my brain as one of my favorite superhero games. — Phil Hornshaw

As it happened, the N64 had a couple of notable Star Wars games, including the phenomenal Episode 1 Racer and the less-great but still captivating Shadows of the Empire. But nothing quite captured that Star Wars feel like Rogue Squadron. It was a game that put you in the cockpit of a number of iconic Star Wars ships and brought you to a host of different planets, filling a game with great missions and tough dogfights. This was another N64 game that felt like it was elevating what console games could be with tight gameplay that captured the feeling of some of the Star Wars trilogy’s most incredible moments. As a big Star Wars fan growing up, Rogue Squadron was a major favorite, setting the bar for Star Wars titles for years to come. — Phil Hornshaw