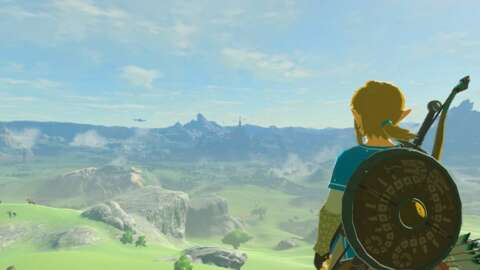 Nintendo Switch games don’t get discounted as often or as steeply as games for Xbox and PlayStation, but you can always count on Black Friday to bring huge discounts on notable Nintendo games. Nintendo has already announced upcoming deals on a bunch of Nintendo Switch exclusives, including Breath of the Wild, Astral Chain, and Fire Emblem: Three Houses. Nintendo’s official Black Friday game deals will go live on November 21 at select retailers and the eShop. Here’s the list:

Keep in mind that these are the suggested prices for Nintendo’s official deals, but some of these games could be discounted to even less. Retailers have often tried to out-deal their competition on Switch games in years past, with some of the official deals going for $30 or $35 instead of $40.

In the meantime, there are plenty of other great deals on Switch games right now, including discounts on Super Mario Odyssey, New Pokemon Snap, and Monster Hunter Rise.

Ubisoft’s delightful sandbox adventure Immortals Fenyx Rising has a steep discount applied to it currently, now sitting at $20 instead of its usual $60 retail price. Then there’s Monster Hunter Rise which is now almost 50% cheaper, and a pair of always-reliable Lego games that can be acquired for a mere $20 each.