Skip to content
Homepage / Check it out / Nintendo Hires Mario Movie Producer As Outside Director, Will Provide "Valuable Advice" 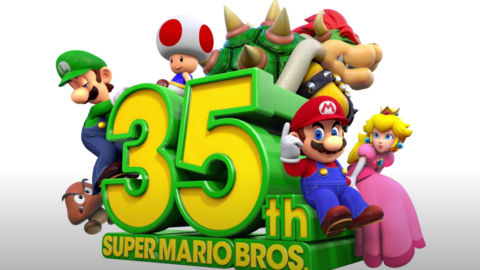 Nintendo has officially hired movie executive Chris Meledandri, who is working on the Mario movie, to become an outside director at the company. The news comes after Nintendo proposed the move back in May; it was confirmed during a shareholder meeting.

Meledandri, who receives no Nintendo shares as part of this move, was hired by Nintendo to provide “valuable advice” to the company. He will also help guide Nintendo’s management. “He will provide valuable advice, while appropriately supervising our company’s management from an objective perspective, based on his broad experience and insight gained as a CEO and in the field of entertainment,” Nintendo said (via VGC).

Meledandri is the former president of Fox Animation and is currently the founder and CEO of Illumination Entertainment, the animation giant behind the Despicable Me and Minions series.

Meledandri is a producer on Illumination’s Mario animated movie that is currently in the works. Intriguingly, Nintendo’s president Shuntaro Furukawa just recently said the company might make more animated films in the future, and having Meledandri on-hand as an outside director is seemingly connected to this. Whether or not Nintendo plans to develop additional movies based on its franchises, however, remains to be seen.

There is no word yet on a specific release date or story details for the Mario film, but Nintendo has said it should arrive sometime in 2022.

In addition to the upcoming Mario movie, Nintendo is extending its franchises beyond games through the Super Nintendo World theme park at Universal’s locations across the world.