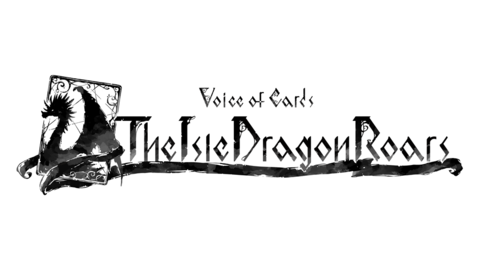 Square Enix has revealed a new game called Voice of Cards: The Isle Dragon Roars, and it has some notable talent behind it from the Nier and Drakengard series.

So far, the project consists of creative director Yoko Taro and executive producer Yosuke Saito, as well as music director Keiichi Okabe and character designer Kimihiko Fujisaka. All four of them previously worked on both Nier and Drakengard.

More information about the Voice of Cards will be coming later, but it bills itself as a unique RPG that presents an enchanting story completely depicted by cards. Through this style of storytelling, the game hopes to spark players’ imaginations and open up their minds as the narrative unfolds.

Open your mind and let your story unfold.
From the creative minds of YOKO TARO, Yosuke Saito, Keiichi Okabe and Kimihiko Fujisaka, #VoiceOfCards The Isle Dragon Roars is a unique table-top RPG video game built of cards.
Are you ready to deal your destiny? pic.twitter.com/UFtNdOItcU

Yoko Taro has also come out and answered some questions about Voice of Cards. He clarified that it is not a new entry in the Drakengard series. Taro said that it is also not a “social game”. What exactly that means is unclear. It’s possible that he means the game doesn’t have online elements or that it’s not a mobile game.

The game also has not been confirmed for any platforms yet. However, both Voice of Cards and The Isle Dragon Roars were found trademarked in the PS4 Asian PlayStation Network database last month, so it’s presumably at least coming to PlayStation.

One new mobile entry, Nier Reincarnation, was released this year, as was the upgraded remake Nier Replicant.