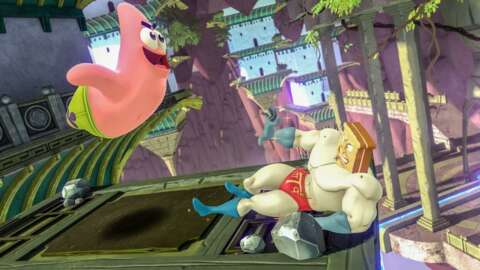 The Super Smash Bros. modder behind the now-canceled mod ProjectNX is already toying around with Nickelodeon All-Star Brawl to make it play a bit more like Melee.

The modder, who goes by NyxTheShield on Twitter, has been modding Nickelodeon All-Star Brawl’s internal files for a couple of days now. In that short span of time, he’s already introduced one of Melee’s most important mechanics: dash dancing. Of course, characters that move that quickly don’t exactly look natural in-game, as they were never intended to move that fast. However, one of Nyx’s other changes, which removes jostle–the mechanic that makes characters collide with each other when they’re not attacking–looks much more natural.

Not all of Nyx’s work caters to Melee fans though, with some of his changes seemingly stemming from personal preference. One video posted by the modder today shows what the game looks like with more hitlag calculation, resulting in overall weightier attacks.

While the changes could make Nickelodeon All-Star Brawl play better, that’s still a pretty tall order. The game, which was partially hyped up due to its comparisons to Super Smash Bros. Games, and most often Melee, was released to mixed reviews.

NyxTheShield’s history in modding includes the mark of any successful Smash modder: a letter from Nintendo. The company notified Nyx that one of his mods, a Super Smash Bros. Ultimate overhaul titled Project NX, would likely be unauthorized use of Nintendo’s IP. As a result, Nyx canceled all development on the project last year.

Likewise, the development of Super Smash Bros. Ultimate will be reaching its end soon. The game’s final character, Sora, was recently revealed and will be added to the game on October 18 along with Ultimate’s 13.0 update.