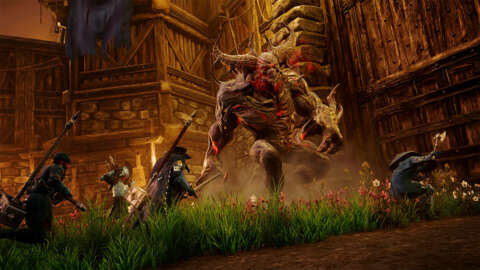 Speaking Tuesday at a GeekWire event, as reported by Bloomberg, Jassy acknowledged Amazon’s struggles in the world of video games in recent years. He even specifically referred to a previous Bloomberg story about Amazon’s shortcomings with regards to gaming.

“There were a lot of articles written, people saying things like, Amazon knows how to build everything but games, why can’t they build games?” Jassy said. “It takes a few before you find a hit, or several, but they didn’t lose their resolve.”

Amazon’s shooter Crucible was one of the company’s failed gaming endeavors, while Amazon also canceled a game called Breakaway. The publisher was going to make a Lord of the Rings MMO, too, before it fell apart as well.

“You’re going to have some games fail spectacularly,” Jassy said. In the same speech, Jassy mentioned that he believes video games could becoming the “largest entertainment category over the long haul,” Bloomberg reported.

Amazon’s founder and former CEO Jeff Bezos has also addressed New World’s success. He said on Twitter, “After many failures and setbacks in gaming we have a success. So proud of the team for the persistence. View setbacks as helpful obstacles that drive learning. Whatever your goals are, don’t give up no matter how hard it gets.”

It’s no surprise to hear Bezos and Jassy speak so positively about video games. After being named the new Amazon CEO, Jassy said in a note to staff that although Amazon Game Studios might not have succeeded right away, Amazon is committed to games for the long-haul.

“Some businesses take off in the first year, and others take many years,” Jassy said. “Though we haven’t consistently succeeded yet in AGS, I believe we will if we hang in there. Being successful right away is obviously less stressful, but when it takes longer, it’s often sweeter. I believe this team will get there if we stay focused on what matters most.”

New World is performing exceptionally well right now, becoming one of the most popular games on Steam and attracting one million players at launch. As an MMO, a key factor will be whether or not the game can not only continue to attract new players but to keep them coming back.

New World Is Getting Halloween Costumes