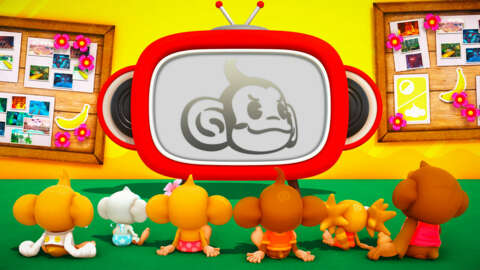 The new trailer doesn’t offer any new information about the game, but it does serve as a reminder of the many different locations Super Monkey Ball levels are set in, ranging from the inside of a machine to a blue and pink colored amusement park, with many other locales in-between. The trailer also shows a beach, a lava-filled volcano, and the ocean floor.