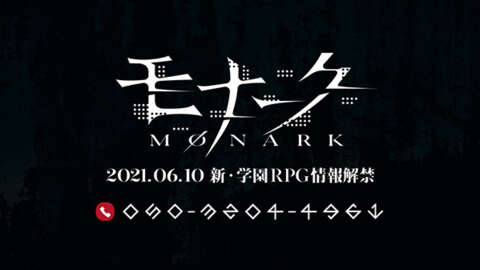 Several people who previously worked on the Shin Megami Tensei series will be announcing their new game, Monark, on June 10 in the latest issue of the Japanese game magazine, Famitsu.

On the game’s official website, there are quite a few names listed, but most of them are scribbled out. However, four names are legible, which are as follows:

The website also has a mysterious phone number listed: 050-3204-4961. When the number is called, you can hear screams in the background with a voice saying in Japanese, “Finally, I have been waiting for you, my foolish, silly children.”

Monark is dubbed as a “new-school RPG”, and whatever that means is vague at best right now. There’s a countdown timer on the website leading up to the game’s announcement on June 10, so hopefully we’ll get plenty of information about what Monark actually is then.