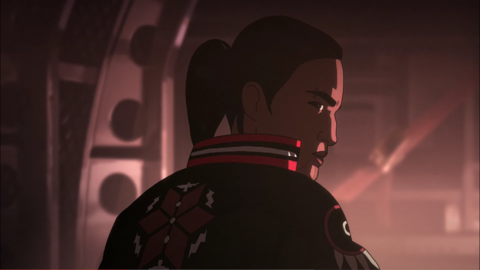 During E3 2021, Ubisoft presented an animated story trailer introducing Rainbow Six Seige’s next Season on June 14 called North Star. The trailer showed off a new First Nation operator named Thunderbird, who is of the Nakoda Territories in Saskatchewan.

Her real name is Mina Sky, she is a Defender that is focused on healing. She has the ability to deploy Kóna Station which heals anyone nearby, including downed operators.

Her armor isn’t the most durable, but she is all about speed. She carries primary weapons Spear .308 assault rifle and Spas-15 shotgun. Her secondary weapons are Bearing 9 machine pistol and Q-929 handgun. Her gadgets include an impact grenade and nitro cell.