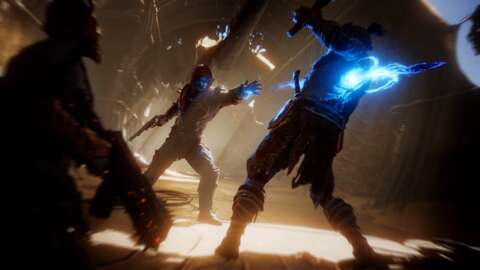 Developer People Can Fly has released a new patch for Outriders that addresses the troublesome damage mitigation bug. The update, available now on all platforms, makes other notable changes to the action-RPG, particularly tweaking Brood Mothers and smoothing out sign-in issues.

Both issues, the damage mitigation bug and the insta-kill capability of Brood Mothers, have been addressed in this latest Outriders patch. Players should no longer run into these problems when embarking on Expeditions.

People Can Fly noted an outstanding issue in Outriders that causes the “Damage Blocked” stat to appear inconsistently and abnormally low. The studio said this seems to be “purely cosmetic” and doesn’t affect gameplay.

Elsewhere in the update are some stability fixes. This includes ironing out sign-in issues, fixing crashes, and smoothing out “other minor bugs.” You can check below for the full patch notes for Outriders’ latest update.

In other Outriders news, the game hit 3.5 million players in its first month, positioning it as publisher Square Enix’s “next major franchise.” To celebrate that milestone, the game is 25% off across all platforms for a limited time.

PS5 And PS4’s Most-Downloaded Games Of April 2021 Include MLB The Show 21, Returnal, And Outriders