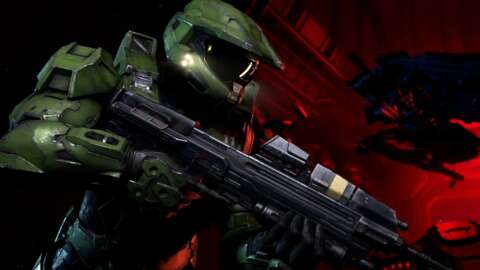 Alongside Halo Infinite’s first technical preview, Halo Insiders are also getting the opportunity to preview a new version of Halo Waypoint, developer 343 Industries’ official hub and companion app for all things Halo. It’s there that players have discovered evidence that may support the idea of Halo Infinite eventually receiving multiple campaigns.

The new Halo Waypoint gives the entire website an extreme makeover, and also introduces a new tab for Halo Infinite. Clicking on that tab brings players to a hub page for the game, with sections for campaign, multiplayer, and news. A shortcut button that takes players to the section about Halo Infinite’s campaign actually reads “Campaigns,” seeming to imply the game will, at some point, have more than one.

It’s not the first time multiple campaigns for Halo Infinite have been inadvertently hinted at. A previous Inside Infinite blogpost contained an image that showed the Master Chief’s iconic Mark VII helmet as a reward for completing “Chief’s Story in the For Our Tomorrow” campaign pass. Halo community manager John Junyszek later went on to clarify that the text featured in the image was merely a placeholder, but that has hardly stopped fans from speculating.

Hey Scout – I just checked with the team and they confirmed that this is indeed placeholder text. No need to read into it! 👍

Though multiple campaigns have never officially been confirmed to be coming to Halo Infinite, developer 343 Industries has gone on record to say that Halo won’t be receiving traditional sequels in the near future, and that more story content would come to Halo Infinite in some form.

“Halo Infinite is the start of our platform for the future,” former Halo Infinite lead Chris Lee said last year around the time of the game’s first gameplay reveal. “We want Infinite to grow over time, versus going to those numbered titles and having all that segmentation that we had before. It’s really about creating Halo Infinite as the start of the next 10 years for Halo and then building that as we go with our fans and community.”

Halo Infinite’s free-to-play multiplayer will also sport an ongoing story, according to 343, one where the Spartan character created by players will have “a vital, active role in the Halo story going forward.”

Though invites for Halo Infinite’s first multiplayer technical preview have already come and gone, players can still sign up to become a Halo Insider for a chance to participate in additional playtests in the future.