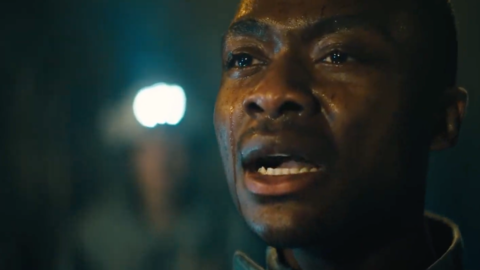 A brand-new teaser for Halo Infinite has arrived amid ongoing rumors that the game’s multiplayer element will be released early to celebrate the franchise’s 20th anniversary. The new teaser shows off the backstory of how Master Chief got his exoskeleton technology.

“After the bombardment of a UNSC excavation site, colonial miners volunteered to extract an ore critical to the Master Chief’s exoskeleton despite threat of the cave collapsing,” reads a line from the video.

This is the third episode in the UNSC Archives series that digs into the “untold stories of humanity and heroism” from the Halo lore. The first revealed the heartbreaking story behind Master Chief’s energy shields and the second revealed the origins of Master Chief’s new Grappleshot for Halo Infinite.

Halo Infinite is slated for release on December 8, though unfounded and ongoing rumors suggest that the multiplayer could be released early. Some people believe Microsoft will release the multiplayer on November 15 to celebrate the 20th anniversary of Halo and the Xbox brand.

As of yet, this remains unconfirmed and only a rumor for now. Keep checking back with GameSpot for the latest.