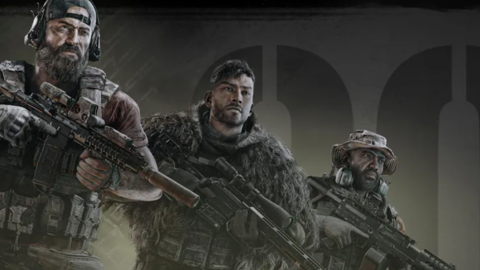 Ubisoft will announced a new Ghost Recon project of some kind during a 20th anniversary event scheduled for later today, October 5.

The Anniversary Showcase, as it’s called, will celebrate the 20th anniversary of the Ghost Recon series. The event will feature special guests who will share anecdotes about the series, while viewers will have a chance to get gifts.

But perhaps the most notable part of the stream will be the “worldwide reveal of a brand-new Ghost Recon project.” Ubisoft did not say if this will be a game or something else, but we’ll report back with more information as it becomes available.

Leaks have suggested the game is called Ghost Recon: Frontline, but nothing is confirmed at this stage. All will be revealed during the showcase, which starts at 10 AM PT / 1 PM ET. You can watch through the video below.

The Ghost Recon series, which takes place in the Tom Clancy universe, debuted all the way back in November 2001 with Tom Clancy’s Ghost Recon.

2019’s Ghost Recon: Breakpoint is the latest entry in the main series.

Ghost Recon: Breakpoint Will Get A Tomb Raider Crossover Event For 20-Year Anniversary