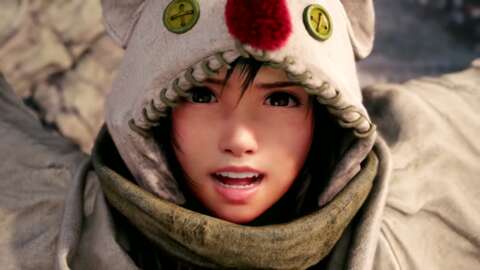 Combat with Yuffie has already been detailed by director Tetsuya Nomura in an interview on the PlayStation Blog, but today’s video on Intergrade goes a bit deeper. Since players will only have access to Yuffie in Episode Intermission, she’s been made as versatile as possible. The ninja can switch between short and long-range attacks using her oversized shuriken and buff herself with any of the four major elements in the game thanks to her ninjitsu abilities. Players will also be able to access a new summon in Intergrade, Ramuh, the god of lightning.

Episode Intermission is also bringing more content back from the game’s original 1997 release. More music from the game, including the Wutai theme and Yuffie’s theme, are being remastered in new, orchestral renditions. The tower defense game mode Fort Condor is also making a return, although it’s largely been changed since appearing in the ’90s. Players will be able to deploy their units, which are broken down into three types, and activate abilities with them using ATB charges.

The city of Midgar itself is also getting some special attention. Yuffie’s story in Episode Intermission takes place at the same time as the main game, but players will be able to delve much deeper into Midgar. They’ll visit new places and meet new characters, as well as some familiar ones.

Traversing through Midgar will also be different. As a ninja, Yuffie can take advantage of some opportunities that someone with a massive 70-pound sword can’t. She can scramble across walls, swing across gaps, and slide down poles throughout the underbelly of the city.