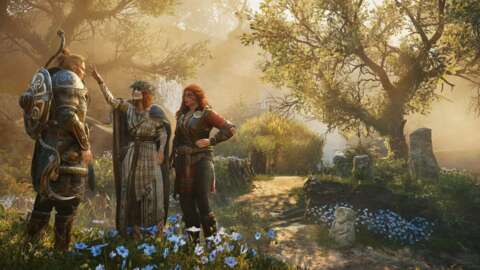 Ubisoft has released a hotfix for Assassin’s Creed Valhalla which addresses a pesky issue that players may have faced playing the Wrath of the Druids DLC expansion: a buggy boss that wouldn’t take damage. The full patch notes also list tweaks to the settings connected to the optional Avenge sidequests.

Thanks to the hotfix, you should no longer get the bug that prevents you from being able to damage the boss in the DLC’s Into the Fog main questline. So now when you’re confronted with the Puca, it should no longer approach you as an invincible monster.

Additionally, Avenge quests–optional online activities that mark enemies who killed other players, allowing you to avenge their death for a reward–should now pop up a bit more frequently. The hotfix tweaks the settings in the backend of Valhalla so that you’ll run into Avenge quests more often, both in Wrath of the Druids’ Ireland as well as the main game’s England.

Wrath of the Druids is the first of Valhalla’s two post-launch expansions, sending protagonist Eivor to Ireland in order to defend their cousin’s crown and stop a murderous druid cult from taking over the country. The second expansion, The Siege of Paris, is currently scheduled to release sometime in Summer 2021.

In GameSpot’s Assassin’s Creed Valhalla: Wrath of the Druids review, I wrote, “Those still playing Valhalla may find some benefit in going through Wrath of the Druids for some extra XP to boost Eivor’s character level and find some awesome loot and combat abilities, but the DLC is a mediocre Assassin’s Creed experience, even without comparing it to Valhalla’s main campaign.”