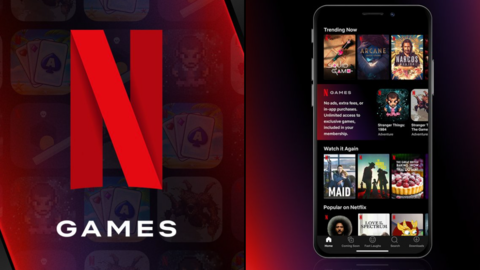 Netflix Games, which is the streaming giant’s new gaming project, continues to expand. Following its release for Android, Netflix Games is coming to iOS for iPhone and iPad beginning November 10.

Just like on Android, Netflix Games for iOS will let you download a small selection of games from within the Netflix app and play them at no extra cost.

Netflix Games is coming to iOS! Starting tomorrow, you can access Netflix Games through the Netflix app on any mobile device, anywhere in the world. pic.twitter.com/LoHYFi4xBX

Netflix Games includes five titles. These include Stranger Things: 1984 and Stranger Things 3: The Game from developer BonusXP, as well as the sports games Shooting Hoops and Teeter Up from Frosty Pop. The card game Card Blast from Amuzo and Rogue Games are also included.

Just recently, Riot Games announced a new game called Hextech Mayhem: A League of Legends Story, which is coming to Netflix Games at some point after its release on PC and Switch.

Netflix Games is not a streaming service, as each game must be downloaded. There are no ads or in-app purchases, either.

Netflix has said this is just the beginning for what it hopes to achieve in the games space. “We’re just getting started. We’re excited to continue improving our mobile gaming experience and adding to our entertainment offering in the months ahead,” it said.

Netflix has not announced any plans to offer streaming games, like Microsoft and Sony do with Xbox Cloud Gaming and PlayStation Now, respectively, but anything could happen in the future.

For more, check out GameSpot’s guide to everything you need to know about Netflix Games.