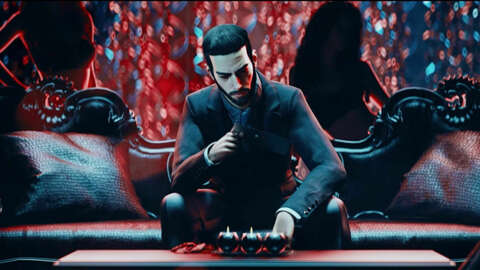 This year’s E3 has no shortage of digital showcase events, and with the likes of industry giants such as Microsoft, Nintendo, and Ubisoft dominating the schedule, Nacon has revealed that its own event will be taking place a few weeks later. Nacon Direct will kick off on July 6 at 10 AM PT / 1 PM ET and will have “new gameplay, exciting announcements, special guests, and epic collaborations” on offer.

Nacon revealed which games will be in the spotlight, as The Lord of the Rings: Gollum, WRC 10, Steelrising, Test Drive Unlimited Solar Crown, and Vampire: The Masquerade – Swansong, and Blood Bowl 3 will all be shown off.

Just don’t expect to hear any updates about The Sinking City, as Nacon’s relationship with developer Frogwares broke down in a messy legal battle over the rights to that game.

Before Nacon Direct kicks off, there’ll be a whole lot of other announcements and reveals to look forward to during E3 2021 this June. For more on that event and of the satellite events taking place around it, check out our guide for E3’s confirmed participants and when they’ll be showing off their products.