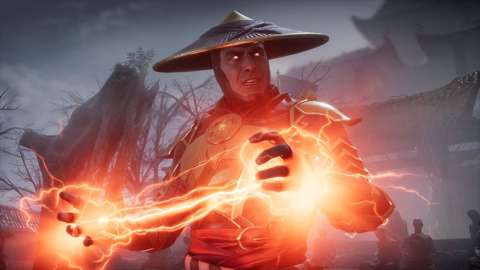 NetherRealm boss Ed Boon, who co-created the Mortal Kombat and Injustice game franchises, will attend this month’s DC FanDome event. This development has sparked unfounded rumors that the studio might have something lined up for the showcase. If that is the case, don’t get your hopes up for Injustice 3, one reporter says.

The lineup of attendees for FanDome was announced on Monday, and Boon’s name is featured among the many, many other attendees. These include Sefton Hill, the game director of Rocksteady’s upcoming Suicide Squad: Kill the Justice League, and Patrick Redding, the director of Gotham Knights. Both games are confirmed to appear during DC FanDome, but as of yet, no project directly connected to Boon or NetherRealm is.

NetherRealm’s latest game was 2019’s Mortal Kombat 11, which sold more than 12 million copies. Fans have been waiting for NetherRealm to return to the Injustice series, which hasn’t seen a new release since 2017’s Injustice 2, but reporter Jeff Grubb believes the current focus at the studio is on the rumored Mortal Kombat 12 instead.

I hope Injustice 3 still happens. What I heard is that they wanted to focus on MK12 due to uncertainties about WB’s future. https://t.co/OoCGk2S3Kq

The “uncertainties” part is likely a reference to NetheRealm parent company AT&T’s recent decision to reportedly mull the possibility of selling its gaming division, WB Interactive Entertainment. Take-Two, Microsoft, EA, and Activision Blizzard all reportedly entertained the possibility of an acquisition, but no deal was made, and WB Interactive Entertainment remains a subsidiary of AT&T.

Boon recently gave a shout-out to The Suicide Squad director James Gunn, who revealed on Twitter that Harley’s costume design in that movie was inspired by her look in NetherRealm’s Injustice 2.

DC FanDome will also bring news about the next Fortnite/Batman crossover. Outside of games, viewers can expect to see new content from Peacemaker and the next seasons of Batwoman, The Flash, Superman & Lois, and Sweet Tooth. Warner Bros. will also show off teases for its upcoming film slate, including The Batman and Black Adam.

For more, check out GameSpot’s DC FanDome roundup of everything you need to know.