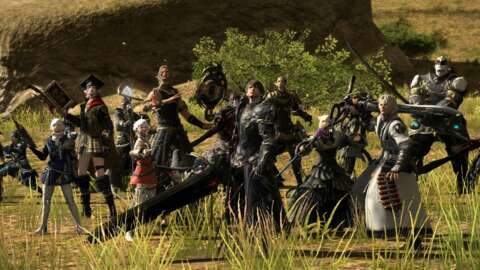 Final Fantasy XIV recently introduced a number of changes to how players could make use of in-game advertisements and the game’s Party Finder tool in an effort to stop accounts participating in real-money trading (RMT). Now, a week later, Square Enix is announcing more than 7,000 accounts have been banned.

“We will continue to take stringent disciplinary action against any accounts with confirmed involvement in RMT/illicit activity; players should take care to steer clear of any activity that violates the Terms of Service,” Square Enix writes in a blog post on the official Final Fantasy XIV website.

Recent changes to Final Fantasy XIV’s Party Finder tool include a ban on selling in-game services such as Duty clears, as well as the prohibiting of Party Finding listed under wrong categories.

RMT is an issue in a number of MMOs, from Blizzard’s World of Warcraft to Amazon’s recently released New World. World of Warcraft’s recent patch 9.1.5 now requires players to have a Blizzard authenticator linked to an account in order to post custom text in the game’s Group Finder tool, a change to help prevent RMT spam. New World has also cracked down on third-party sellers, implementing new restrictions for newly created accounts and lower level characters often used by RMT sellers to prevent them from trading with other players or transferring wealth.