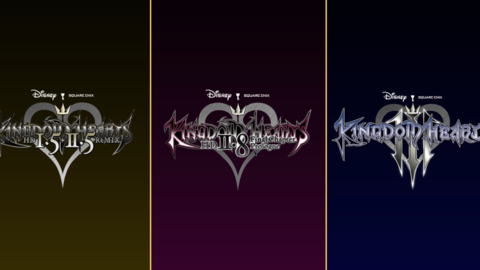 In addition to bringing Sora to Super Smash Bros. Ultimate, Nintendo and Square Enix are teaming up to launch three Kingdom Hearts games on Nintendo Switch.

Kingdom Hearts – HD 1.5 + 2.5 ReMix, Kingdom Hearts HD 2.8 Final Chapter Prologue, and Kingdom Hearts III are all headed to Nintendo Switch. These will be cloud games, so they will stream to Switch. As such, you will need a constant internet connection to play them.

Nintendo Switch cloud streaming games offer free demos for the purpose of giving players an opportunity to test their internet bandwidth, and presumably this will also be the case for the three Kingdom Hearts games.

Nintendo said it will share more information about the Kingdom Hearts games for Switch “soon,” so it shouldn’t be long until the company discloses more key details like the price and release dates for each.

Sora from Kingdom Hearts releases on October 18 as the final DLC character for Super Smash Bros. Ultimate, director Masahiro Sakurai said during Tuesday’s Smash Bros. Direct. October 18 is also when Doomslayer arrives in the game as a Mii Fighter costume.