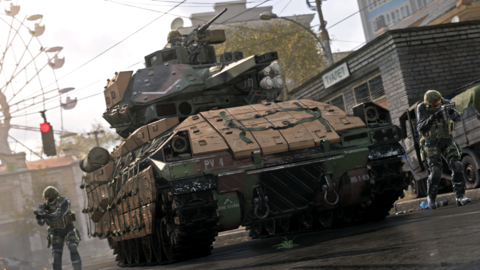 Infinity Ward, the long-running and esteemed game developer known for its work on Call of Duty and the Modern Warfare series specifically, is opening a new office.

The company’s latest move will be into Austin, Texas, which is one of America’s biggest game development hubs. The Infinity Ward studio in Austin is the fourth Infinity Ward team around the world, joining the main office in Los Angeles, as well as teams in Poland and Mexico. Infinity Ward’s announcement post said it is hiring for all positions and that more information about the company’s extension in Austin would be announced later.

Infinity Ward is expanding. Excited to announce the creation of @InfinityWard Austin.

This new development team based in Austin, TX, joins our teams in LA, Poland and Mexico. We’re hiring for all positions (https://t.co/WZ0Z1DHKCw). More info to come.

Austin is a hotbed for game development and the technology space in general, so it’s no surprise to see Infinity Ward set up a new studio there. Blizzard also has an office there, as does EA and Bethesda, among many others. Crystal Dynamics just opened a studio in Austin, too.

That Activision is creating yet another Call of Duty studio is no big surprise. After all, in 2019, Activision Blizzard said it was planning to “increase development investment” on its biggest franchises. To that end, the company announced that the number of developers working on Call of Duty, Candy Crush, Overwatch, Warcraft, Hearthstone, and Diablo in aggregate would increase by around 20 percent.

Infinity Ward was founded by Vince Zampella and Jason West, both of whom were fired for insubordination. Zampella went on to create Titanfall studio Respawn, while West is now working at Fortnite studio Epic Games.

How To Unlock The RAAL MG For Call of Duty: Warzone and Modern Warfare