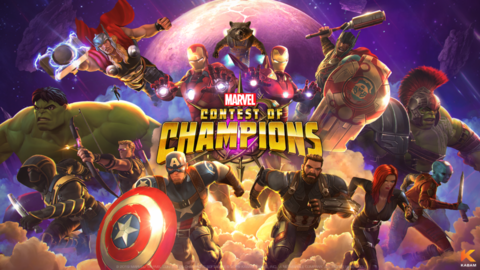 South Korean mobile publisher Netmarble can thank Marvel and The Seven Deadly Sins anime franchise for a stellar start to the year, as evidenced by the company’s posted earlier this month.

The company generated $512 million in revenue in the first three months of the year–a seven percent increase over the same period last year–while net profit saw an eight percent gain to $56 million. North America was the most lucrative region for the company, accounting for 36 percent of the revenue gained, with Korea in second at 29 percent and Europe third at 12 percent.

Upcoming Netmarble releases for the rest of 2021 include global launches of Marvel Future Revolution and a game featuring the popular K-Pop band BTS. Japan and Korea, meanwhile, will see a new mobile-exclusive game in the Ni no Kuni franchise.

Netmarble is the largest game developer in South Korea, focusing primarily on mobile games. Other titles in its portfolio include The King Of Fighters All-Star, Marvel Future Fight, and popular MOBA Arena of Valor.