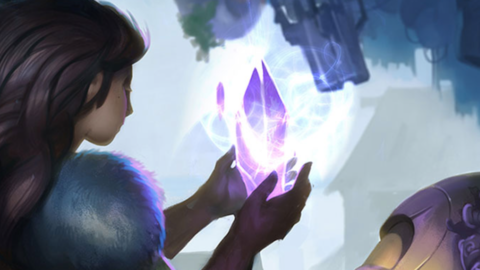 Crowfall, the crowdfunded MMO made by developers who worked on Ultima Online, Star Wars: The Old Republic, and Star Wars Galaxies, now has a release date. Developer ArtCraft has announced that the title will debut on July 6 through the Crowfall website.

If you’re just catching up, Crowfall promises an “innovative new approach” to MMOs, and one of the key distinctions between it and others is players can freely move between realms, or servers. Each has different maps and rules.

Some were developed by the studio itself, including the HungerDome, which is a 12-team, 60-player battle space, while others, called Eternal Kingdoms were developed by players themselves. Crowfall has been available in beta for more than a year already.

Crowfall also aims to offer more player agency over the world and what happens in it. “Crowfall is a dynamic universe, where players control the direction of the game: cities will rise, castles will fall. Recruit an army and lay siege to your enemies. Hire an assassin to turn the tide of a campaign,” reads a line from its description.

“We set out to create a game for players who are looking for a more visceral, immersive experience,” creative director J. Todd Coleman said. “A game where the player’s world is not bounded by canned stories or scripted events. We are proud of, and humbled by, the level of passion and energy we have received from our community from the beginning. That support, that belief in what we are building, has been the critical piece in making Crowfall a reality.”

Crowfall raised more than $1.7 million on Kickstarter to fund its development.