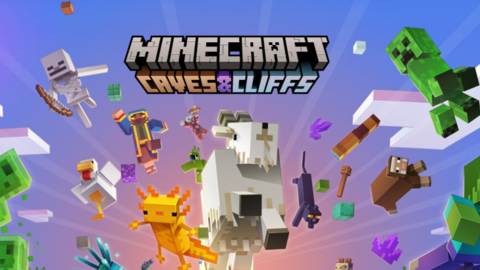 Minecraft’s biggest update ever, Cliffs & Caves, was so big that Mojang decided to split it into two pieces. The second part of the expansion, which the developers say make the game feel like Minecraft 2.0, will be released at the end of 2021, Mojang said at Minecraft Live today.

Players can also look forward to visiting new places like additional caves, while the size of ore veins has been increased.

“Scale bigger mountains, unearth elaborate caves, and mine large ore veins. Discover lush cave and dripstone cave biomes. Push boundaries with the increased world height and traverse the updated terrain. Light up your world with candles, then stick one in a cake to celebrate becoming a savvy spelunker and master mountaineer,” Mojang says of the new update.

Cliffs & Caves Part 1 released in June as a free update to Minecraft.

Minecraft Live also brought news about Minecraft’s PC edition coming to Game Pass and a new expansion for Minecraft called The Wild in 2022. Minecraft Dungeons, meanwhile, is getting a new live-service element in the form of Seasonal Adventures.