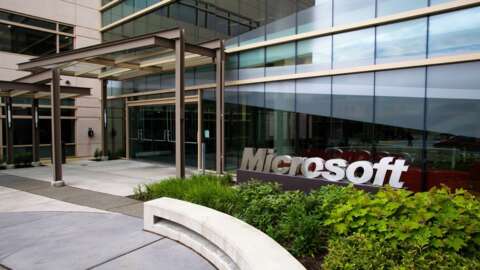 Microsoft officially revealed Windows 11 yesterday after supposed leaks of the OS made their way around the internet last week. Of the changes coming with the latest iteration of Windows, Microsoft also announced a way for app developers to keep a big chunk of their revenue. Unfortunately for game developers, that revenue split won’t apply to games.

In a post on the Windows blog, Microsoft shared its pricing splits across the Microsoft Commerce platform. According to the post, starting on July 28, app developers will be able to “bring their own or a third-party commerce platform in their apps, and if they do so they don’t need to pay Microsoft any fee. They can keep 100% of their revenue.”

Initially, this gave the impression that game developers putting their games out on the Microsoft Store would be able to claim all of the revenue from any microtransactions or other in-game purchases. However, a second post from the Windows blog clarified that that isn’t exactly the case. “You will also have more revenue sharing options,” reads the post, “such as keeping 100% when you bring your own commerce platform for the Store for your app (this does not include PC games).”

In all, it shouldn’t come as a surprise that game developers won’t be able to keep all the revenue from their in-game purchases. Other digital game storefronts, such as Steam and the Epic Games Store, don’t even have such generous terms, offering total splits of 70/30 and 88/12 respectively. Microsoft is opting to take the same approach as the Epic Games Store, offering an 88/12 revenue split between developers and itself.

While Windows 11 won’t be coming with a way for game developers to make a bit more cash off their sales, players will certainly benefit from the OS. The next iteration of Windows is integrating some features from the Xbox Series X and Xbox Series S, including auto-HDR and direct storage.