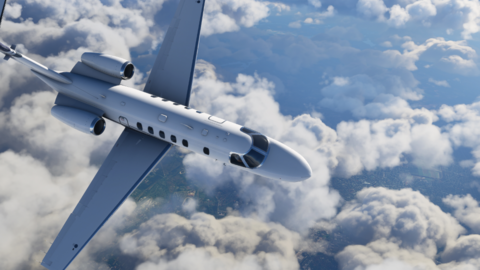 Microsoft gave us a look at the acclaimed Microsoft Flight Simulator running on Xbox Series X during its E3 2021 showcase. Previously unavailable outside of PC, the Xbox Series X version was captured at 4K resolution and looks to be just as stunning.

Alongisde commercial planes, smaller propeller planes and bi-planes were shown during the teaser, as well as multiple gorgeous natural landmarks, like snow-covered mountains and bright islands. The level of detail seen in the PC version is extremely impressive, with many bespoke areas alongside zones created via map data.

Microsoft Flight Simulator will release for Xbox Series X|S on July 27, and it will be included the same day on Xbox Game Pass. A platform not mentioned was Xbox One, but it’s unclear if the game is going to straight-up skip that platform or if it’s just not coming out at the same time. The game’s high fidelity and system requirements on PC would seemingly make it difficult to run on the older platform without major concessions.

Alongside the console version, a free Top Gun: Maverick tie-in expansion will be coming to Microsoft Flight Simulator in Fall 2021. It’s not clear yet if you’ll be able to take part in a volleyball match yet, but we’re hoping.