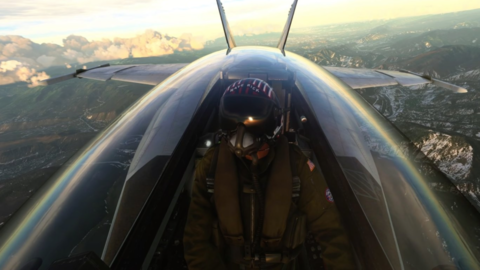 As part of the Xbox Games Showcase Extended event on Thursday, Microsoft shared some news about what’s next for Microsoft Flight Simulator, and this includes a new feature.

A future update for Microsoft Flight Simulator will add a “land anywhere” feature that lets you do just that. Developer Jorg Neumann said one piece of feedback the team has seen since launch is that landing at a busy airport and the complexities involved with that–like communicating with the air traffic controllers–can be stressful and difficult. With that in mind, the team is working on a new feature that lets you land literally anywhere you want.

Additionally, Neumann said the forthcoming Xbox release of Microsoft Flight Simulator will have 22 tutorials, which compares to the eight on PC. There will also be a AI co-pilot who can take you to points of interest so you can simply look out the window and enjoy the stunning landscapes below like you might do in a real plane.

Additionally, Neumann said players will be able to use flight sim accessories with the console release. Thrustmaster and other brands will be supported; more details will be announced later on.

Microsoft Flight Simulator releases on July 27 for Xbox. A free expansion themed around the upcoming Tom Cruise movie Top Gun: Maverick is also on the way for release in November alongside the movie.

The Xbox Games Showcase Extended event also revealed that enhancements for A Plague Tale: Innocence on Xbox Series X|S and PS5 are coming July 6, while we also got the first gameplay trailer for the Sea of Thieves/Pirates of the Caribbean crossover expansion.