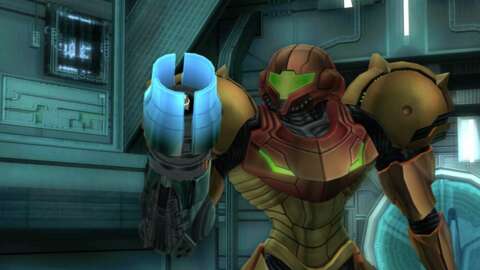 The Metroid series finally arrives on Nintendo Switch. As revealed during its E3 2021 Nintendo Direct, a new side-scrolling Metroid game titled Metroid Dread is coming to the console, and it releases October 8.

Metroid Dread marks the first new 2D Metroid game in almost two decades. In keeping with the game’s title, Nintendo says this Metroid adventure will have a more threatening feel, as Samus must deal with a variety of new robot threats known as the EMMI.

This story is developing.