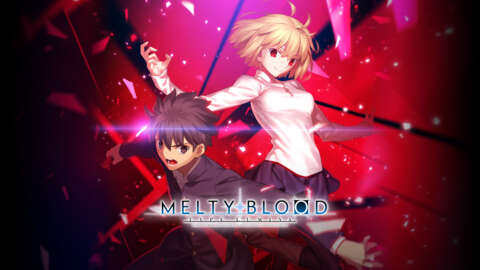 Former Street Fighter producer and world’s biggest Blanka fan Yoshinori Ono is back in the fighting game development space, having joined game studio DelightWorks as its new chief operating officer and president. The company is currently working with Notes Co., Aniplex, and developer French-Bread to release Melty Blood: Type Lumina on September 30, a prequel to the 2002 fighting game.

Melty Blood: Type Lumina will launch with a roster of 10 characters and will be available in two versions: a $50 standard edition and a $70 deluxe package which includes a digital copy of Melty Blood Archives which chronicle the history of the series and a digital soundtrack. Melty Blood has established itself as a cult classic game in the fighting game community over the years, although one with a niche appeal among diehard supporters.

As for Ono, the producer and developer of Street Fighter led the franchise through several console generations for more than two decades and formally announced his departure in 2020. Having joined DelightWorks in 2021, Ono began working for a company that had found massive success with the mobile game Fate/Grand Order, which has since become a massive franchise across several other forms of media.

Back in April, Ono had tweeted that he was looking forward to being involved in the fighting game scene again, possibly referring to the new Melty Blood game at the time.

Fighting games are still quite popular, as Sony and esports venture RTS made headlines earlier this year when it acquired Evo.