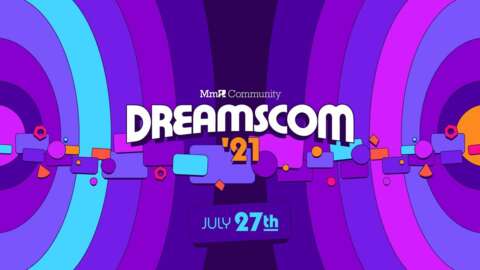 DreamsCom 2021 will feature a full show floor for players to explore, featuring booths and creations made entirely in Dreams. The convention floor opens July 28 and runs until August 2.

Media Molecule will be hosting Twitch livestreams around the event, beginning with a preview stream on July 27 at 9AM Pacific and continuing through July 30.

“We’re thrilled to be doing this again, and we’re determined to make this year’s show even better than the last,” Media Molecule editorial manager Jen Simpkins said in the official PlayStation Blog post. “You can expect even more to play, watch, read, create and get involved in.”

Those interested in exhibiting for DreamsCom can download a template for a customizable DreamsCom booth right now, and then submit their creation by following this handy guide provided by Media Molecule. Submissions will be accepted for consideration until June 18.

Dreams first launched on February 14, 2020 on PlayStation 4, becoming the fifth-most downloaded game in its first month of release. Players have created all sorts of games since its launch, from remakes of existing PlayStation IP to faithful recreations of games gone by. The game launched with content pre-made by Media Molecule, all of it created using the same tools players use in their own concoctions.

Noguchi’s Bell Is An Animated Series Developed Entirely In Dreams