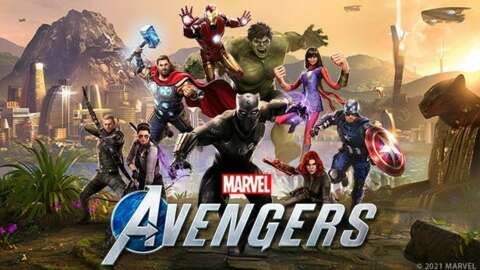 Marvel’s Avengers Patch 2.2 launches November 30, and Spider-Man will join as a new PlayStation-exclusive hero. This will be the first expansion for Square Enix’s live-service game since Black Panther: War for Wakanda launched on August 17.

Spider-man’s story will be unveiled in an event called Spider-Man: With Great Power. Teased on the Marvel’s Avengers blog, Spider-Man’s in-game story will center around partnering with the Avenger’s team to stop AIM’s plans for an unstoppable Synthoid army. Apparently there’s also some interpersonal drama where he’ll need to decide whether he’ll continue working with the Avengers or stay solo in his heroic expeditions.

The patch will also include a new four-player raid called the Klaw Raid. Obviously, evil villain Klaw is the primary antagonist in this new raid, and upon defeating him, players can obtain the game’s highest-end gear.

In other Marvel’s Avengers news, Square Enix’s president Yosuke Matsuda admitted that the game has “unfortunately not proven as successful as we would have liked.” He cited unexpected difficulties in the development process such as the transition to work-from-home due to the pandemic.

Marvel’s Avengers: How To Find And Play As Spider-Man