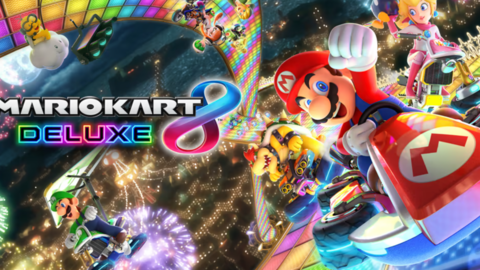 Mario Kart 8 Deluxe for Nintendo Switch has overtaken Mario Kart Wii to become the best-selling Mario Kart game of all time. After selling 3.34 million additional copies in the past six months, the racing game has now reached 38.74 million copies sold. This compares to 37.38 million sales for Mario Kart Wii.

Mario Kart 8 Deluxe is not only the highest-selling Mario Kart game of all time, but it is the Switch’s best-selling game overall, with Animal Crossing: New Horizons (34.85 million copies) trailing in second place.

Mario Kart 8 Deluxe is an enhanced version of Mario Kart 8 for Wii U, featuring better-looking graphics, higher frame rates, and changes to the Battle Mode. Combined together, Mario Kart 8 and Deluxe have sold more than 45 million copies to rank as one of the highest-selling video games of all time.

Wii Sports for the Wii has sold more than 82.9 million units, but the game was bundled with Wii systems, thus inflating the number.

As a testament to Mario Kart 8 Deluxe’s continued sales and strength, Nintendo has yet to cut the price of the game–it still sells for $60 from Nintendo (though sale periods over the years have made it available for less).

In other news, the Switch has now sold nearly 93 million units, with 681 million games sold.