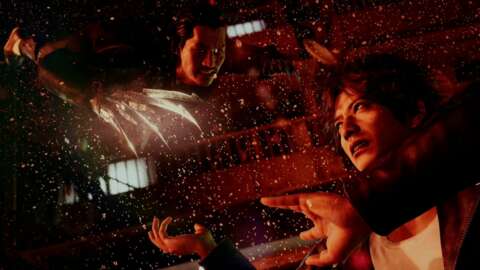 If you’ve been looking to play one of Sega’s more classic games without having to shell out cash for a retro console, the good news is that you can return to 1988 in Lost Judgment. New footage from the game has revealed that a playable Sega Master System is in protagonist Takayuki Yagami’s pinball office.

You can see the retro games played, at around the four-minute mark in the video below:

It’s not clear how many games will be playable on it, but at least two of them were shown off: 1986’s Alex Kidd in Miracle World and 1988’s Penguin Land. The first Judgment game had a pinball machine in Yagami’s office, which was then replaced by an OutRun arcade machine in the PS5 and Xbox Series X|S versions of the game. Yagami clearly has a mercurial taste in gaming hardware.

Judgment isn’t the only Sega title to have a game within a game, as the main series of Yakuza games from developer Ryu Ga Gotoku Studio featured playable versions of Virtua Fighter 2, Super Hang-On, and Space Harrier in the arcades of those games, a nod to Sega’s gaming legacy.

Billed as a legal suspense game, Lost Judgment retains the street-brawling action of the first game, a system which, for the main Yakuza games, has now been replaced by the turn-based RPG system used in last year’s Yakuza: Like a Dragon. The Kamurocho district will once again be a new hub to explore, with Yagami even venturing to Yokohama, a seaside location that has appeared in several Yakuza games.

Lost Judgment will release worldwide on September 24, 2021 for PlayStation 5, PlayStation 4, Xbox Series X|S, and Xbox One.