Skip to content
Homepage / Check it out / Looks Like Hogwarts Legacy, Suicide Squad Won't Be Part Of E3 2021 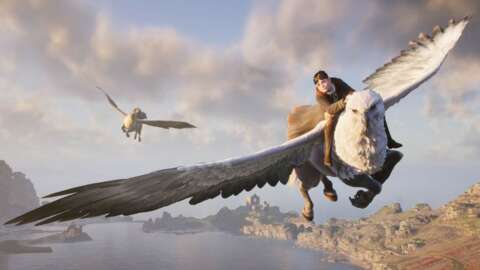 It’s looking like many of Warner Bros. Interactive’s biggest upcoming games, including Harry Potter RPG Hogwarts Legacy and Rocksteady’s Suicide Squad, won’t be getting the spotlight during E3 2021.

Via TechRadar, a Warner Bros. spokesperson confirmed that only Turtle Rock’s Left 4 Dead spiritual successor, Back 4 Blood, will be shown during the Warner Bros. portion of the E3 2021 livestream on June 13. The official E3 2021 schedule specifically only mentions Back 4 Blood making an appearance at an unspecified time on June 13.

However, just because the games won’t appear during the official E3 2021 livestream doesn’t technically mean the games are a guaranteed no-show. New trailers for games like Gotham Knights and Suicide Squad could still appear during other part of the summer’s E3 festivities, such as Microsoft’s June 12 press conference, or may be included as part of Summer Game Fest Kickoff Live on June 10.

Hogwarts Legacy and Gotham Knights were both delayed into 2022 earlier this year due to the ongoing COIVD-19 pandemic. Rocksteady’s Suicide Squad game was first revealed in August of 2020 with a 2022 release window. With all three titles not releasing until next year, it makes sense Warner Bros. would want to put the spotlight on Back 4 Blood, which after suffering a delay earlier this year is now slated to release October 12, 2021.