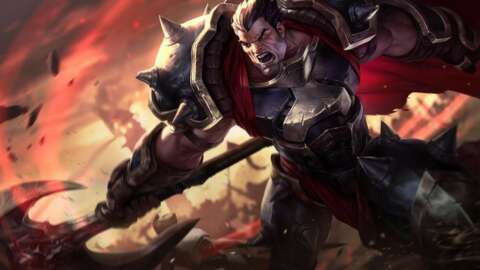 League of Legends’ upcoming patch 11.21 will disable a longtime feature in matchmade queues: all chat. Riot is citing a rise in reports of abuse over the past year as the reason for the change.

All chat allows players on both teams to type messages to one another for everyone in the game to see. As you might imagine (or know firsthand if you play League of Legends), this often can devolve into name-calling and abuse directed at the opposing team or specific players, which isn’t exactly a welcoming environment. While Riot acknowledges that all chat isn’t always bad, and can sometimes result in fun interactions between teams, the developer says right now the bad outweighs the good.

“We know this sucks for those of you who just want to compliment your lane opponent’s skin, or ask for a dance party in Baron pit,” Riot writes. “But we believe the tradeoff is worth it to cut down on the growing negativity /all chat has been creating in your games.”

While all chat will be disabled, players can still communicate with their teammates in team chat, and emotes and champion masteries, as well as “CTRL+1/2/3/4 spam, will still be enabled. End of Game chat will still be cross-team. Riot acknowledges that team chat is often a source of abuse as well, but is keeping the function enabled as it can play an important role in team coordination.

“We’ll evaluate the impact of this change through verbal abuse reports and penalty rates, as well as surveys and direct feedback from you all,” Riot writes.

CLG Removes Video Where League Players Have Their Jobs Threatened