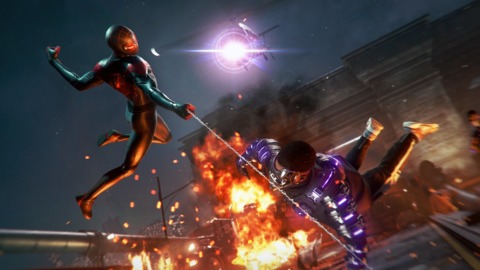 Nearly eight months after its original launch, Marvel’s Spider-Man: Miles Morales is going to look even better, albeit just on the PlayStation 5. The game’s latest update includes improvements to its ray tracing, although just in one of its various graphics modes.

The update, version 1.10, should make the game’s ray tracing in its performance RT mode look even better. It’s not clear what improvements can be made, but if anything, anyone playing the game in performance RT mode will have a better visual experience.

Even if you don’t play Spider-Man: Miles Morales in performance RT mode, you should notice some improvements in the game. The 1.10 patch includes “Global stability fixes and performance improvements,” an extremely general way of saying the game’s frame rate is much more likely to stay constant.